Known for his dark and stylish thrillers, such as Seven (1995), The Game (1997), Fight Club (1999), Panic Room (2002), and Zodiac (2007), Fincher received Academy Award nominations for Best Director for his 2008 film The Curious Case of Benjamin Button and his 2010 film The Social Network, which also won him the Golden Globe and the BAFTA for best director. 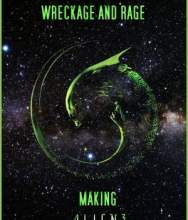 Sex and the Single Alien

The creation of the film Alien³ (1992) is covered here in this feature-length documentary in exhaustive detail. Many interviews with the cast and crew give us an idea of how hard of a time David Fincher had creating his first feature film, as well as present us with much information about every element that went into making this film, including how the plot and script changed drastically through filming. How Did They Ever Make a Movie of Facebook?

This feature-length documentary about the making of "The Social Network" goes back and forth from the elements of storytelling and long rehearsals with the cast and crew, to the shooting itself capturing the extreme attention to detail, filming locations such as Boston and LA, and David Fincher's filmmaking process.

The Curious Birth of Benjamin Button

The Curious Case of Benjamin Button

A documentary about the making of David Fincher's 2008 film THE CURIOUS CASE OF BENJAMIN BUTTON. Virtually every element in the evolution of the Fincher's film is documented here, from the project's attachment to numerous other directors during the 1990s, to its shoot in 2006 and 2007 in New Orleans, to its complex, CGI-intensive postproduction process. 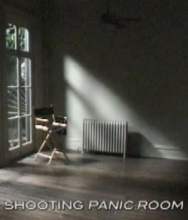 Watch David Fincher's journey of the filming process for Panic Room (2002) in this interesting documentary. We see the entire cast and crew throughout production until the final filming day. Many interviews and on-set footage inform us on how the shoot was.

Since the invention of cinema, the standard format for recording moving images has been film. Over the past two decades, a new form of digital filmmaking has emerged, creating a groundbreaking evolution in the medium. Keanu Reeves explores the development of cinema and the impact of digital filmmaking via in-depth interviews with Hollywood masters, such as James Cameron, David Fincher, David Lynch, Christopher Nolan, Martin Scorsese, George Lucas, Steven Soderbergh, and many more.

Exploring The Tree of Life

The Tree of Life

A documentary on Terrence Malick and the making of his film "The Tree of Life."

Filmmakers discuss the legacy of Alfred Hitchcock and the book “Hitchcock/Truffaut” (“Le cinéma selon Hitchcock”), written by François Truffaut and published in 1966.

The Work of Director Mark Romanek

A Nasty Piece of Work

More than two-dozen music-videos directed by filmmaker Mark Romanek (One-Hour Photo) are collected together in this compilation from Palm Pictures. Among the songs featured in The Work of Director Mark Romanek are "Novocaine for the Soul" by Eels, "99 Problems" by Jay-Z, and "Hurt" by Johnny Cash. 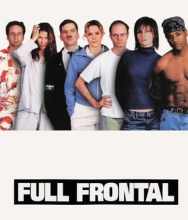 A contemporary comedy set in Los Angeles, Full Frontal traces the complicated relationship among seven friends as they deal with the fragile connections that bind them together. Full Frontal takes place during a twenty-four hour period - a day in the life of missed connections.

One day at work, unsuccessful puppeteer Craig finds a portal into the head of actor John Malkovich. The portal soon becomes a passion for anybody who enters its mad and controlling world of overtaking another human body.