Home Critica My Uncle Is Otherworldly by Shigeki Kawai – Review

The Bermuda Triangle: Into Cursed Waters (2022) 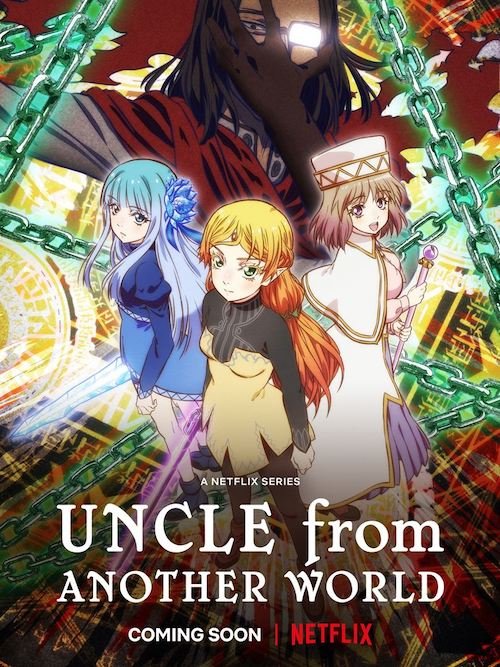 my uncle is from another worldis japanese animation series who came to Netflix. This one is based on a manga that surfaced in 2017, and which for now remains an open-ended series. Those responsible for the production of this anime are the Atelier Pontdarc Studios. The director in charge of directing the anime is, Shigeki Kawai. directed episodes of Sword Art Online II s Dear in Franxx. The series has 10 episodes, but for now you can only watch 7 in Netflix.

Trailer for ‘My uncle is from another world’

synopsis of ‘My uncle is from another world’

Takafumi’s uncle is hit by a truck when he was 17 years old and wakes up 17 years later from the coma he was induced into. When his nephew visits him in the hospital, he finds his uncle mumbling nonsense, saying he has just returned from a world called GRAND-BAHAMAL. No doubt your uncle’s screws have come loose, there can be no other explanation…

Takafumi is speechless, but his uncle proves to him that what he says is true by showing him some magic. Now willing to use his uncle’s powers for a living and with no other relatives to trust, Takafumi welcomes him into his apartment and they begin sharing an apartment together. Living with his uncle, Takafumi learns more and more about his fantastic adventures and unbridled passion for SEGA video games. But sometimes, the lonely and cruel experiences his uncle has had to face fill Takafumi with equal parts joy and sadness.

A story between fantasy and Sega’s obsessive reality

my uncle is from another world It has a brilliant start, it’s one of those series that hold you in the beginning and don’t let go. Going more carefully into your script, the story goes as follows. a man of name Ojisan, was hit by a car when he was just seventeen, today seventeen years later and after having remained in a coma, he wakes up. A boy whose name is Takafumi, and who is going to university, one day he receives a call informing him that his uncle has woken up. Since then and having no more family, Takafumi take care of him.

What this boy doesn’t know and what his uncle tells him is that when he was in a coma, he traveled to another world and there he was a kind of guardian hero. In turn, from there he brought magical powers that leave his nephew speechless. Furthermore, we must add that it was quite obsessed with video gamesmore specifically than sega console. With this premise and under a very funny humor, this series has all the elements to make us have fun.

The series becomes a bit chaotic with so much genre

But not everything is as good as it seems, because my uncle is from another world have some problems Which has been bothering me a little. On the one hand, the mix of fantasy, action, love story and humor becomes somewhat chaotic. I think the best thing of all is that parallel world that the uncle is telling his nephew and a girl about whom Takafumi is in love. That, along with the trauma he receives from finding out that mow doesn’t exist, they are the funniest thing about an anime that is less interesting but weighs a little chaos.

Conclusion of ‘My uncle is from another world’

my uncle is from another world can be defined as a satire on this fantasy genre that floods both the manga and the anime. My uncle is from another world, in terms of the technical part, he fulfills but without bragging, I think the series also didn’t seek a polished finish in its animation. Episodes pass in a sigh, and both the humor and the characters are well defined. Perhaps both themes overlap at some point, the dialogues falling into excessive verbiage.

In short, this series seems to me one of the funniest I’ve seen in recent times, where each chapter has a freshness that is appreciated. It’s not a series to frame, but it gives you a lot of good vibes, anything and when you’re not crazy about Sega and don’t know that 90s culture is from the past (or maybe not).

The Night of the 12th, directed by Dominik Moll – Review

Jonah Hill’s Netflix Comedy ‘You People’: Coming to Netflix in January 2023 and What We Know So Far

Netflix K-Drama ‘Happy Boy’ Season 1: Everything We Know So Far

What’s Coming to Netflix in December 2022