La serie Trainwreck: Woodstock '99 about what Woodstock 1969 promised peace and music, but its '99 revival delivered days of rage, riots and real harm.

Why did it go so horribly wrong?

Trainwreck: Woodstock '99 , Serie de tv de Jamie Crawford and with a duration of what can you watch online en Netflix . 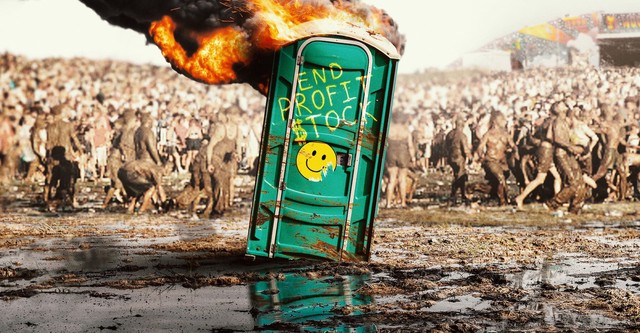 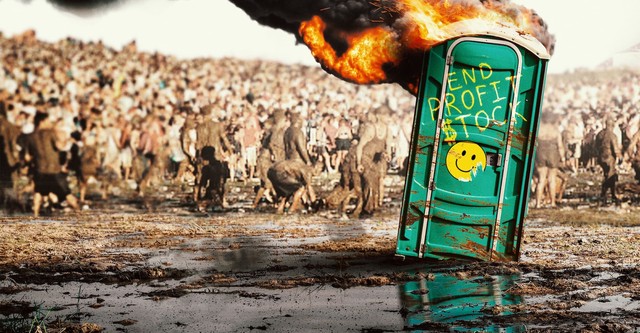 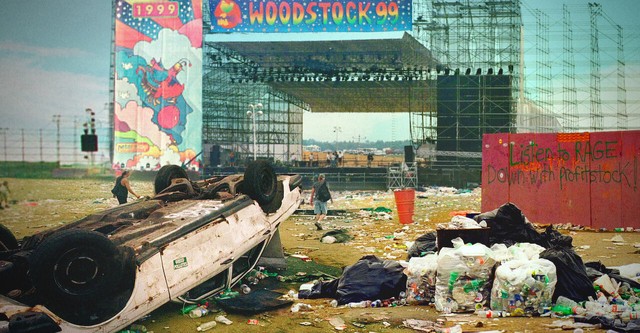 The Great Fudge: Woodstock 99 it was the attempt to remember old laurels. It was the 30th anniversary of the original edition. Gone are the days of flowerpower, times have changed and peace, love and rock n roll, along with the motto "no war" is nothing left. In the year 69, people like the WHO, Santana, Joe Cocker, Jefferson plane, Country Joe and the Fish, Joan Baez, The band, Johnny Winter, Canned Heat, Janis Joplin, Jimi Hendrix any Sly and the family stone among others (come on, for me, without a doubt, the best in terms of groups). What was experienced in this edition and we can see it now was “CHAOS”.

The person most responsible for holding the event was himself, in that already distant 1969, Michael Lang. For this occasion, already mythical bands or artists joined forces, with the best of today, forming a varied cast of tastes. Although logically thought more for the young than for the elders. The 3-part miniseries can be viewed at Netflix from that august 3.

Woodstock '99 was supposed to be a millennial event that celebrated peace, love and good music. However, the festival degenerated into a scandalous mess, with fires, riots and destruction. Through never-before-seen recordings of these events and interviews with a long list of festival officials, artists and attendees, all present at the festival, this documentary series goes behind the scenes to expose the egos, greed and music that fueled the flames of that chaos for three days. . (Netflix Spain)

The documentary focuses on the organizational aspect

The Great Fudge: Woodstock 99 It has just landed on Netflix, and for music documentaries lovers, these types of movies are wonderful. Of course, when they are well constructed and tell things as they are, nothing composes reality. Nobody could have imagined that after Woodstock 94, (yes, there was one before, to celebrate the 25th anniversary of the original), and another on 79 one day to celebrate the 10th anniversary, another would be held five years later. The truth is that the 94 edition was a great success. About 350,000 people enjoyed three days of good groups.

There passed Jackyl, Collective Soul, Sheryl Crow, Violent Femmes, Orbital, Blind Melon, Joe Cocker, Cypress Hill, Metallica, Zucchero, The Cranberries or Aerosmith among others. The festival on that occasion was a success, but there was a lot of chaos in terms of organization, up to four people died (although it is never known if it was due to the festival itself).

Now came the third edition with this Woodstock 99, and thanks to this miniseries we witnessed the absolute chaos that reigned there during the 3 days that the festival lasted. On this occasion we can see in each of the episodes, what happened each day in detail. The Great Fudge: Woodstock 99 focuses on narrating what happened at the level of organization and infrastructure, leaving aside the musical aspect. On the other hand, it's understandable that he focused on this, as few festivals are remembered as more chaotic and disorganized in history.

The protagonists give us their point of view

For this Woodstock 99, which took place between the 22nd and 25th of July, the organization featured groups and soloists such as: Buckcherry, James Brown, Sheryl Crow, Jamiroquai, Live, The Offsring, Bush, Korn, Everclear, The Chemical Brothers, Kid Rock, Alanis Morissette, Limp Bizkit, Metallica, Red Hot Chili Peppers, Rage against the machine, Megadeth, Collective Soul, Willie Nelson and Jewel among others. We have the original '69 co-founder Michael Lang leading the project. In this issue he turns to promoter John Scher.

Per The Great Fudge: Woodstock 99 People such as the organizers themselves, both press and television journalists, and some members of the audience will pass by telling what was experienced there. All of them will give the viewer a view (along with the images) of the madness that has taken place in the outskirts of New York. It must be said that the views depending on the interviewee vary greatly. The responsibilities pass from one to the other, being very interesting in the end the set of why that pitched battle was unleashed.

Conclusion of 'The great fudge: Woodstock 99'

The miniseries is, without a doubt, a great document of what each of the participants had to live and experience. On a visual level, the great work that many have done under these enormous difficulties is a marvel. We witnessed battles between the participants and the organization, fires and riots that did not end in deaths, it is not yet known how. I liked that it focused on everything, seeing what each person responsible for ensuring that the participants had the ideal conditions. The 3 chapters (about 45 minutes each) are devoured at exultant speed.

The Great Fudge: Woodstock 99 There are great moments, which here in the safety of our home we can follow with great expectation. His montage felt very tightly woven, separating it by days and therefore by chapters. I'm one of those who get overwhelmed with so many people (estimated around 400,000 people attended) so I wouldn't have gone there either crazy. For the lovers of these documentaries, and for us who have been music lovers since forever, I take my hat off because they continue to delight us with this type of series and documents, which, for better or worse, happened in our society.