The TV show DC's Legends of Tomorrow goes from what When heroes alone are not enough ...

Having seen the future, one he will desperately try to prevent from happening, time-traveling rogue Rip Hunter is tasked with assembling a disparate group of both heroes and villains to confront an unstoppable threat — one in which not only is the planet at stake, but all of time itself.

Can this ragtag team defeat an immortal threat unlike anything they have ever known?

Where can we see, buy or rent the TV show DC's Legends of Tomorrow , creada por Andrew Kreisberg,?

DC's Legends of Tomorrow , TV show , creada por Andrew Kreisberg, with a duration of 42 minutes you can ver online in DIRECTV . 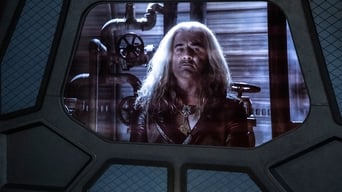 The One Where We're Trapped On TV

After Charlie does the one thing that goes against her nature when it comes to her sisters, she tries to protect the Legends by scattering them in different television shows. Of course, in true Legends style some can’t just be blissfully ignorant and happy but figure out a way to end up messing with the system. 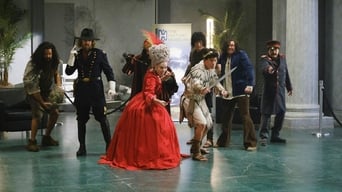 Still controlled by the Fates, the Legends find themselves in 1984-esque world, they soon discover that things aren't as they thought they would be. The Legends must convince the civilians to trust them and stand up for their right to choose, but the Fates don't make it easy by resurrecting the Encores once again.

What we do in the shadows – Taika Waititi, Jemaine Clement

My life with Amanda by Mikhaël Hers – Review